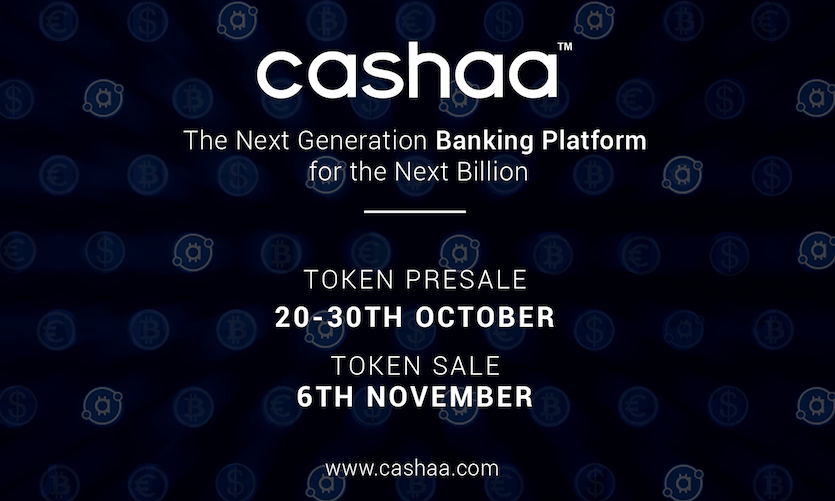 The next generation banking platform has brought on board a number of talented and accomplished individuals. Their latest addition is known as the ‘Architect of the Euro’ and has extensive experience with alternative currency models.

October 23, 2017 – Cashaa, the blockchain-based financial services initiative, has announced that a number of new high-profile Advisors will be joining its team. One of the most recent is Dr Bernard Lietaer – the author of a number of widely-acclaimed books including The Future of Money; Money and Sustainability; and New Money for a New World – who has been at the forefront of the field of money in numerous capacities for almost 40 years. In the course of his career he has served as a central banker, fund manager, academic and consultant. He was instrumental in the formation of the Euro thanks to his work in designing the convergence mechanism (ECU) while he worked at the Central Bank of Belgium, and in 1992 was named ‘World’s top currency trader’ by Business Week. Read the full article here…

Cashaa’s platform will be powered by the Cashaa (CAS) token. CAS holders will be able to access premium services, instant loans, creating a credit score, creating smart contracts for trading and participating in the governance mechanism of CAS tokens. A total of 1 billion CAS tokens will be created on the Ethereum platform of which Cashaa will make 51% (510,000,000) available for sale, with unsold tokens being burned. The CAS pre-sale will be live until 30 October, with the public sale opening on 6 November and running until 5 December or until the cap is reached.

For more information or to register for the crowdsale, visit the token sale website

The Iceman, Kimi Räikkönen Reveals the Secret of Staying the Coolest F1 Driver

4 Ways Users Can Keep Their Data and Crypto Safe during...

The Next Bull Run by Marius Krames: "I Will Dare to...